The Greek entertainment businesses in Sudan

(Excerpt from the book ‘The Greek community in Sudan’)

The Greeks of Sudan focused their professional activity on two main categories throughout the 20th century, trade and constructions. However, few of them owned coffee shops and restaurants. Typical is the case of “Great Britain” that belonged to Panagiotis Pagoulatos. It included a restaurant, pastry shop and bar. Gradually, it evolved into one of the largest cabarets of Khartoum. 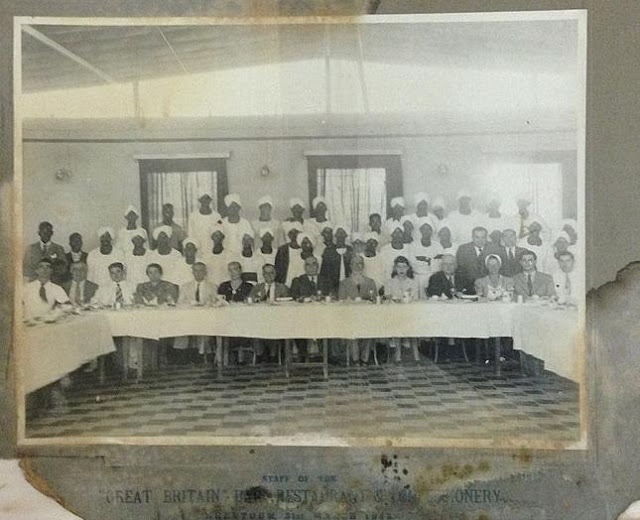 The Greek pioneers in Eritrea in the 1880s

The first Greeks arrived in Eritrea in 1875 along with the Egyptians, who controlled the main ports of the Red Sea. Most of them were from the Aegean Islands, Asia Minor or used to live in Sudan. The initial places of the Greek establishment were the cities of Keren and Masawa. Praxiteles Kyriakakis and Vlassis Frangoulis, who arrived around 1880, were two of the pioneers who settled in Keren. Unlike Kyriakakis and Frangoulis, most Greeks settled in Masawa. One of the first Greeks settling in Masawa was Ilias Legas, who arrived in Eritrea in 1887. He dealt with trade and several years later he became a ship chandler in Asmara. In 1887, there were about 100 Greeks who were involved in the trade sector. During the census conducted in 1894, 178 Greeks lived in Eritrea. That time, they decided to build a holy temple in the name of St. John the Baptist in Keren 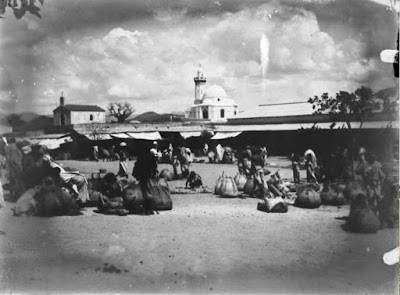 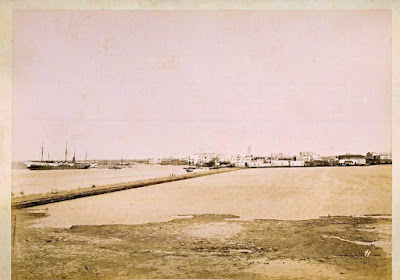 (Excerpt from the book’ The Greek community in Sudan’)

In 1884, Khartoum was under siege by the Mahdi forces. Almost seventy Greeks were among the defenders of the city. In September of 1884, General Gordon sent the riverboat “Abbas” to sail through the Nile in order to reach the British forces which were sent to reinforce the defence of Khartoum. Colonel Stewart, the British and French ambassador, a few Egyptian and Syrian sailors and sixteen Greeks were boarded on the ship. The ship drifted off its route near Abu Hamid and all the passengers were arrested and massacred by the army of Mahdi. Gordon noted in his diary the names of the Greeks. These were Dimitris Kapnoulas, George Kepetzakos, Elias Volonakis, Alexander Gerakaris, Dimitris Perdikakis, Michael Nomikos, Stavros Papadakis, Demosthenes Kapilos, Dimitris Georgopoulos, George Kontis, Xenophon Apostolidis, George Tantzos, Ioannis Stergiou, Nicholas Kouvaras, John Dermitzakis and Michael Hadjichristodoulou. 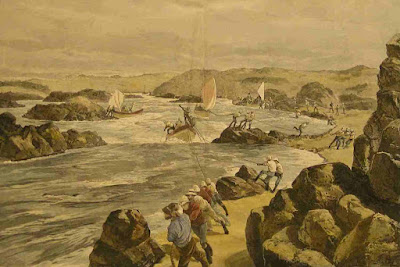 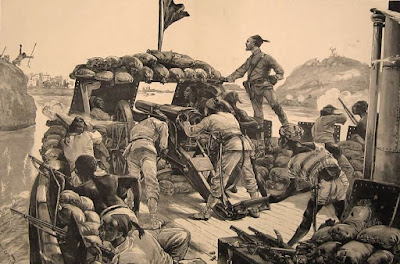 The depression of 1929 and the Greek coffee growers of Kilimanjaro


(Excerpt from the book ‘The Greek community in Tanzania’)

In the late 1930s, 134 out of 405 coffee estates in the Kilimanjaro area were Greek owned. Actually, 80% of the total production was in Greek hands. Tanganyika’s coffee growers suffered badly during the depression of 1929. Prices collapsed and the Greeks had tremendous difficulties in surviving. Since there was no support from the British administration, they asked for the help of the Greek State through the local Greek Consulate. In the spring of 1930, the president of the ‘Hellenic Society of Tanganyika, L. Christianakis sent a letter to the Greek prime minister, Eleftherios Venizelos asking for an economic support through a loan from the National Bank of Greece. 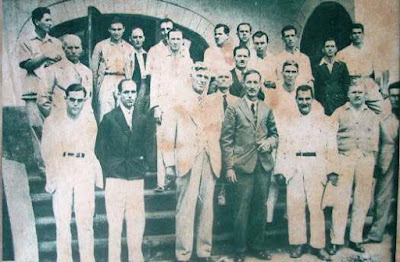 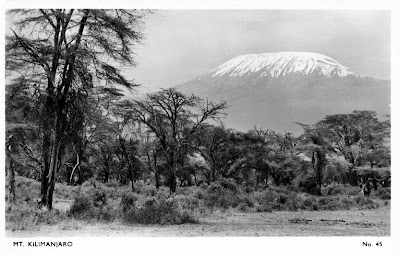 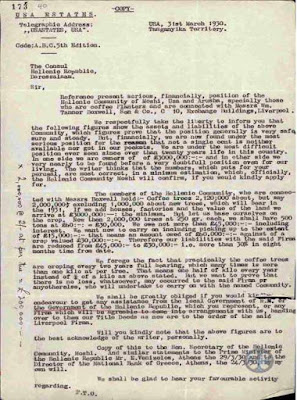 The first Greek in Rwanda in the 1900s

(Excerpt from the book ‘The Greek presence in Burundi and Rwanda’)

Dimitri (James) Kargarotos, considered the first Greek to arrive in Rwanda. Kargarots who was born in Tinos wanted to immigrate to South Africa. In 1900 he arrived in Zanzibar and then moved to Tanga in Tanganyika. From there he settled in Nairobi where for a short time he worked in a bakery. Later he arrived at Lake Victoria and dealt with skins trade. He expanded his business up to north Rwanda but as he was hampered by members of the Tutsi tribe, he went to see their king, Yuhi V Musinga. Kargaroros offered him gifts and spent the night there. After a ceremony, according to the traditional ritual, the two men turned into brothers. 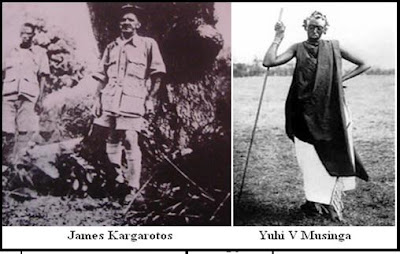 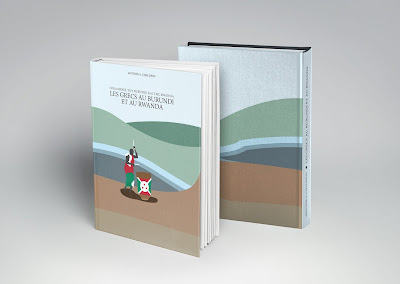 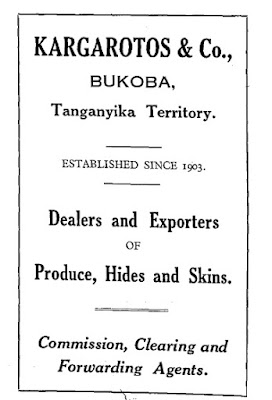 The Greeks in the Egyptian campaign of Sudan in 1821

(Excerpt from the book ‘The Greek community in Sudan’)
In 1821, the ruler of Egypt, Muhammad Ali, moved southwards of Egypt in order to take control of the commercial activity which was conducted in the Sudanese territories. The army was a mosaic of ethnicities including a few Greeks who followed the Egyptian army as officers, interpreters and suppliers. Therefore, there were several Greek doctors, such as Dimitris Botsaris, Xenophon Xenoudakis, George Douloglou, Stylianos Laskaris and Paul Dranet. 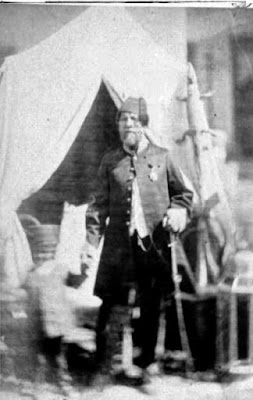 From Crete to Constantinople and then to Zambia: The life story of the first Greek of Zambia in the 1880s


(Excerpt from the book ‘The Greek community in Zambia’)
Nikos Vlachakis left Malia of Crete and settled in Constantinople in the 1880s. In 1884, he embarked on a ship and arrived in Beira, in the then Portuguese East Africa where he began working on the railway project. A few months later, he settled in Chirundu of Northern Rhodesia, next to Zambezi River.
In 1889, he went back to Constantinople and brought his brother Dimitris to Rhodesia. They were originally involved in trade and hunting. In 1913, they were given 510 hectares of land and created the farm 'Demetra'.
Living conditions were particularly difficult in that area and wildlife attacks were a daily occurrence. In such a lion attack, Nikos Vlachakis was fatally injured and died in 1913. In the ensuing decades, Dimitris acquired a boat carrying passengers from one bank of Zambezi River to another.
The two brothers came close to the local population and married women from the local tribes. Nikos had a daughter and Dimitris had twenty-four children. 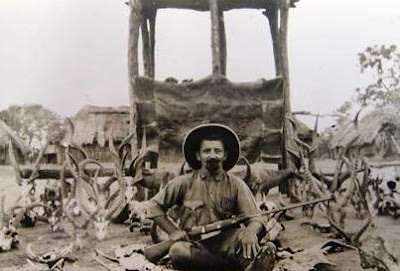 The Greek community in Zambia

The Greek presence in Zambia dates back to 1884. 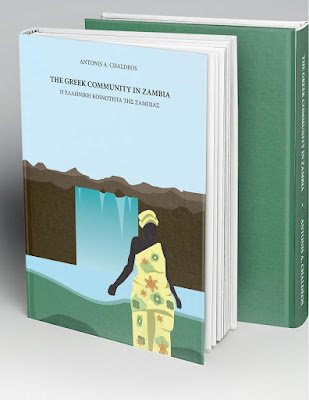 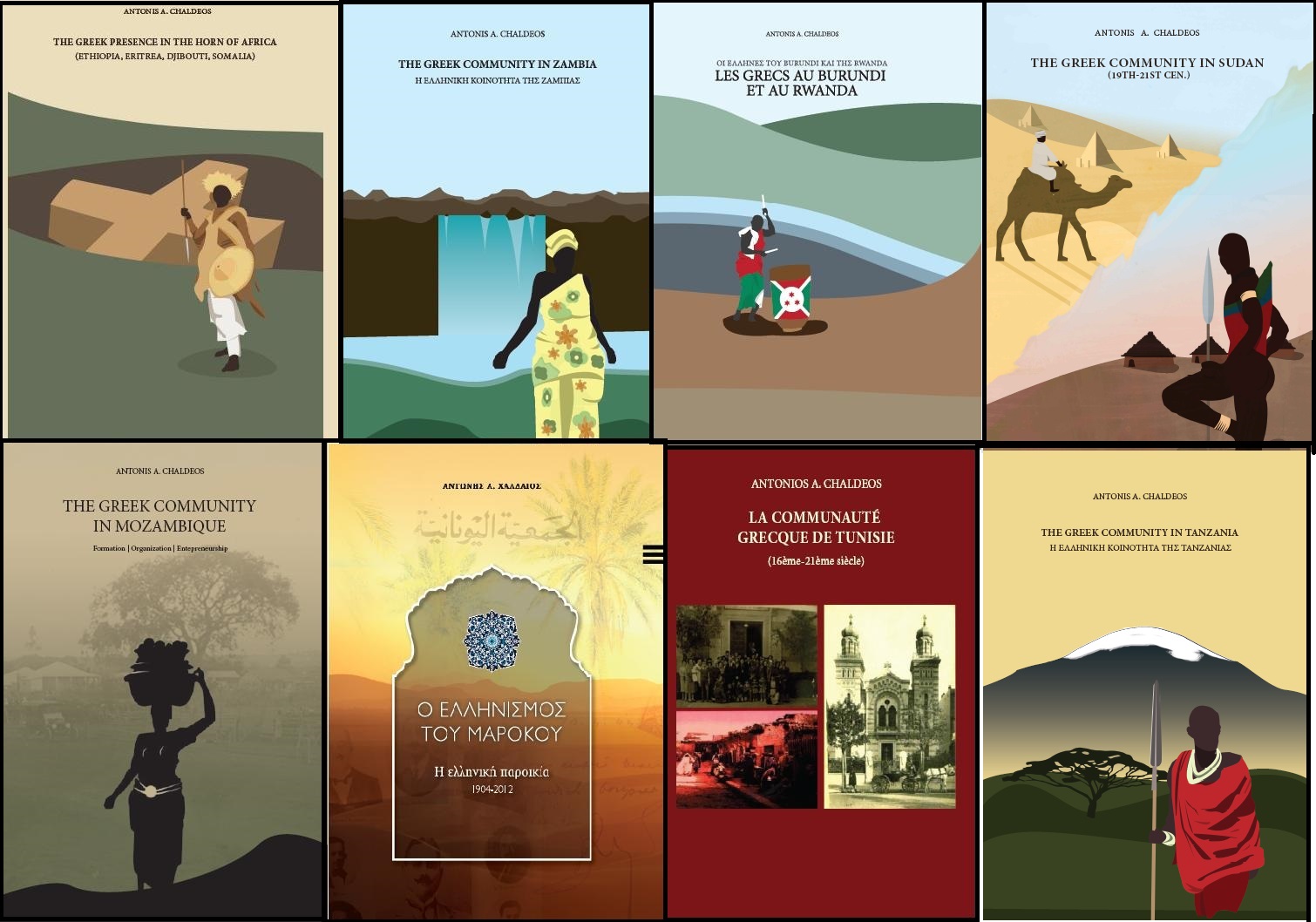 Αντώνης Χαλδαίος
Despite the fact that my undergraduate studies are related to the sciences field (BSc in electronics engineering) I studied Social Anthropology and History at the University of Aegean in Greece where I also completed my postgraduate programme. I hold a PhD in History from the University of Johannesburg in South Africa. In 2017, I was awarded the medal of St. Marc from the Patriarchate of Alexandria. My research interests focuses on the study of the Hellenic presence in Africa. I specialize in the research of social and economic life of Greeks and their interaction with the native population of Africa as well as the process of construction of their cultural and national identity. My interests also include the consequences of post-colonialism in the lives of Greek and native communities of Africa, in accordance with the influence of geopolitical changes in the economic and politic status of African countries. I have published 8 monographies and several peer-reviewed articles.