From Epirus to South Africa: The life story of the Greek hero in the Anglo-Boer war in South Africa in 1900

John Papacostas was born in Filiates of Epirus in 1868. In 1894, he immigrated to Australia but the following year he left for East Africa where he remained until 1896. Following the outbreak of the Anglo-Boer war in South Africa, he went down to the Transvaal and volunteered to fight against the British Army. In Stellenbosch, where he later settled in, he was called "the hero of the River Modder". In the Battle of the Modder, John Costas as was later was known in South Africa, was captured by the British and taken as a prisoner of war to a detention camp in Colombo in Ceylon (pr. Sri Lanka). In 1911, he returned to Greece and fought for the liberation of Epirus. 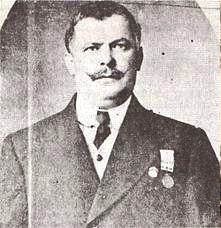 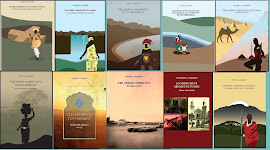 Αντώνης Χαλδαίος
Despite the fact that my undergraduate studies are related to the sciences field (BSc in electronics engineering) I studied Social Anthropology and History at the University of Aegean in Greece where I also completed my postgraduate programme. I hold a PhD in History from the University of Johannesburg in South Africa. In 2017, I was awarded the medal of St. Marc from the Patriarchate of Alexandria. My research interests focuses on the study of the Hellenic presence in Africa. I specialize in the research of social and economic life of Greeks and their interaction with the native population of Africa as well as the process of construction of their cultural and national identity. My interests also include the consequences of post-colonialism in the lives of Greek and native communities of Africa, in accordance with the influence of geopolitical changes in the economic and politic status of African countries. I have published 9 monographies and several peer-reviewed articles.